The largest secular building in the castle is the town hall (curia civitatis). It was built in the 14th century. Modifications were made in the early 15th and late 16th centuries. The surviving elements from the first reconstruction are the stone door and window frames, from the second the Renaissance barrel vaulting. At the end of the 19th century the original five-storey building was lowered to two because of structural defects. Only the basement and ground floor were preserved.

Since the town hall was part of the fortifications, it served both ceremonial and defensive functions. The town council met here until 1560. It now houses an exhibition of Baroque sculpture, including statues and decorative elements from two Kremnica churches. 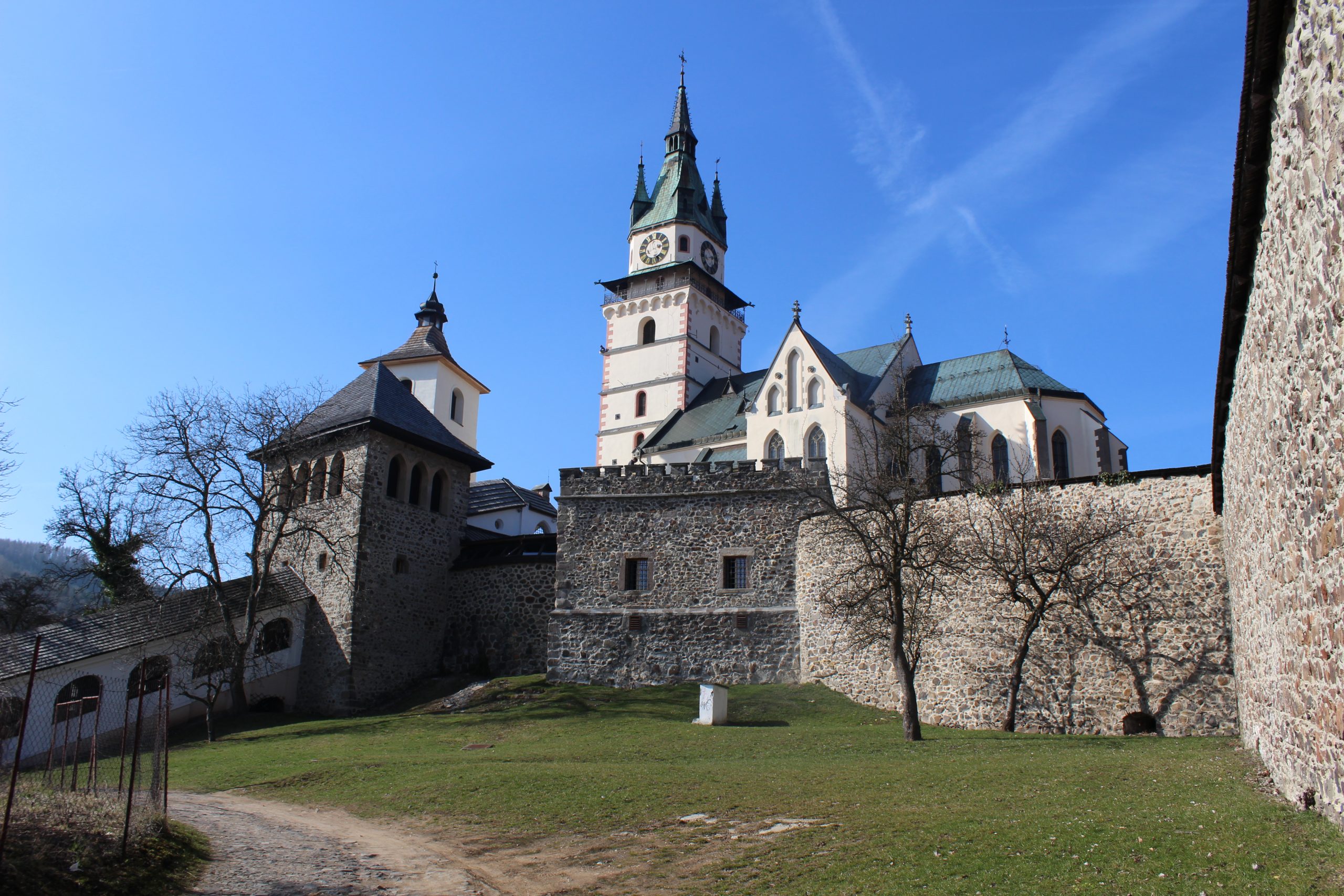 The first Baroque work installed in Kremnica was a reconstruction of the Gothic altar in St Catherine’s Church in the town castle. It was created in the Mannerist style and represents the transition from the Renaissance to the Baroque.  The new Mannerist sculptures came from the workshop of a Kremnica master craftsman.

The most significant project, however, was the reconstruction of the Gothic church of the Virgin Mary on the square on a larger scale with magnificent Baroque decor. This was followed by the construction of a stylised fountain and the plague column dedicated to the Holy Trinity.

The most celebrated Baroque art in Kremnica came from Dionýz Ignác Staneti and his workshop. The selection of sculptures presented in the old town hall documents the start and peak of Baroque sculpture and carving in the 18th century.

The first part of the exhibition consists of six uncoloured Baroque sculptures in lime wood by an unknown Kremnica master. They are a selection from the 11 surviving sculptures in the museum’s collection. The origin and placement of the exhibited saints – Catherine, Barbara, Pope Clement, Bishop Nicholas, Kings Stephen and Ladislav – is documented by a period photograph of the altar shortly before it was demolished. The monumental altar that they come from was consecrated in 1715.

It stood in the church apse for nearly 200 years until the Neo-Gothic reconstruction at the end of the 19th century. During these works, it was replaced by a Neo-Gothic altar dedicated to St Catherine, which remains part of the church’s current interior.

The second part of the exhibition presents a selection of sculptural work from the collapsed church of the Virgin Mary on the square. They were made by Dionýz I. Staneti. The sculptures are carved from lime wood and are fully gilded – the bodies being covered with gold powder and their clothes with gold leaf. In terms of artistic value, the most successful are the statues of St Jerome and St Gregory.

Cookies are small files, into which websites can store information about your activity and preferences. They are used e.g. by browsers to remember your session, or to remember your choice in this form. Cookies are also used by various marketing tools in order to personalize ads, or analyze users' interests.

By law, we can only store cookies on your device that are necessary for the operation of this website. For all other types of cookies we need your permission. We would be grateful if you could provide us with this permission to help us improve our site and services. You can, of course, change or withdraw your consent to the use of cookies on our site at any time.

Select the level of cookies you want to allow

Analytical cookies help the site operator understand how visitors use the site so that it can optimise the site and offer them a better experience. All data is collected anonymously and cannot be linked to a specific person.